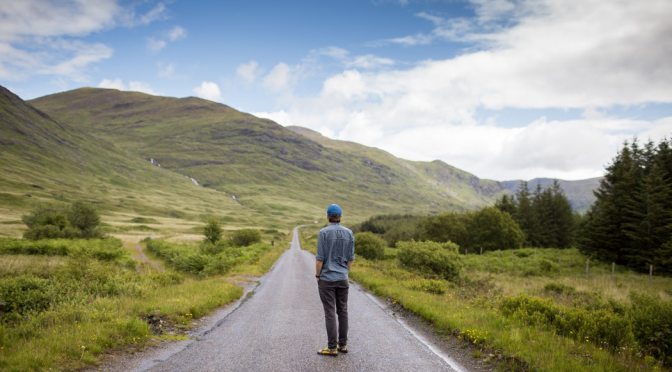 This morning, I continued my reading through Nehemiah and one thing that stuck out to me was his complete dependence on prayer. When he dared to approach the king of Persia, he prayed. When people tried to discourage him, he sent up a short prayer. When he saw injustices by the nobles towards the people of Jerusalem, he prayed a simple prayer that he is righteous with God and not self righteous. And when he called the people out on their sinfulness, he prayed a long prayer of confession and repentance. Nehemiah was one of the most successful leaders of his time and his prayers to the Lord are consistently recorded. The prayers were often nothing fancy, but they were usually simple, direct, and meaningful to his situation on a daily basis.

Even more, we can see how much he depended on God’s leading through his time in prayer. Praying for him was like breathing. As he prayed, God led, and as God led, he followed in prayerful obedience. As others attacked verbally and politically, he stayed focused and firm on the calling God had burdened on his heart. His principled leadership was only going to move in a different direction IF God moved him. Nothing more, nothing less. Either way, he knew that as he followed God, relief was coming to him in some way, shape, or form. 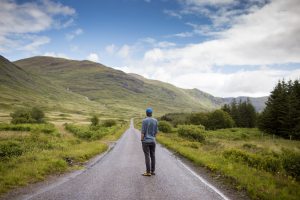 Today, we have church leaders all over who are facing attacks. Some attacks have come from persecution and through threats. Others have come from some of the supposed sheep of the flocks they shepherd. I too have experienced this sort of man-centered garbage, yet I know that any response less than biblical is amounting to repaying evil with evil. Pastor, leader, deacon, friend, don’t respond with evil, respond to evil with good. Relief is coming, and it’s coming through the workings of the Lord.

You have a calling that God has burdened on your heart. Stay focused, stay firm, and stay prayerful constantly. The greatest tool you have is not your own words of wisdom or cunning man-centered politics, but your dependence on the One who fights your battles for you. Relief is coming, relief to continue your calling as you fight the battle for the souls of men. Stay encouraged, my friend!

The fruit and potential of the land was amazing:

Now think about it: The vine of grapes was so big, two men had to carry it! The land was beautiful, rich, and flowing. The Lord had promised it, and He came through big! All they had to do was follow God and do His will. No enemy, no inhabitant would stop God’s will for His people. They simply had to take a step. A step of faith.

But they didn’t. They forgot the God of the possible, and instead created a god of the impossible. They ignored His miraculous work of the past and looked at the obstacles before them. But seeking to save themselves, they lost it all. They made a horrible, deadly choice and in a business meeting, individual by individual voted a resounding, faithless “no.”

Their “no” would change some of them forever. All if that generation would never see the promises of God fulfilled. Death would follow them when they could have had life and loss abounded when they could have seen gain. Most of all, the chance for God to be glorified by all Israel would be delayed for 40 years.

Have you been voting “no” to God’s work in your life? Has God challenged you to step out in faith? A year ago, I did something that made no sense to people (still doesn’t) and God has amazed me as I have seen Him working in many places I visit. He gets the glory!

And so, let me encourage you to do the same, to walk by faith, to fear nothing, to step out…and let God get the glory!

Over the years, I have seen incredible, vibrant Vacation Bible Schools, complete with

biblical teaching, gospel responses, and life altering experiences. I mean, it’s just awesome to see families, workers, and leaders with nothing but smiles as the week is finished and Sunday worship approaches. Now, if we can only find ways to connect the people from the past week with Sunday morning, right? Well, sure, we all want that!

There are many, many creative and enjoyable ways to reach those who have experienced one of the greatest efforts that you and your church family have made all year. Here are a few ideas, in no particular order:

All of these ideas are for one purpose alone: to be a catalyst to conversations so people can know Christ personally. After all, isn’t this what we want to do with this giant outreach? Please share if you have used other ideas that have worked.

I’ve been a senior pastor for almost 12 years and on a church staff for the rest of my 23 plus years of ministry. I’ve pastored in several states both in the North and the South, urban, rural, and suburban. During that time, I’ve seen a flurry of changes as the church has come into the digital age and the culture has drastically shifted nationwide.

One thing that hasn’t changed is our inherent sinfulness and our reaction to change. Most of us don’t like change (unless we are involved in it), yet change is a certainty in life. Thankfully, some churches and leaders have successfully pushed past the resistant bullies and are seeing the fruits of their work. However, with so many churches plateaued or declining, subtle and not so subtle battles are taking place in churches all over. Bullies, ingrained in their traditions and positions, threaten the survival of churches themselves, and sadly, hundreds of churches close their door each year because the church didn’t respond to their community with the gospel.

So what is a leader to do? Start over? Take over? Leave? None of the above? Lots of options here, but something needs to be done (NOTE: check out Thom Rainer’s podcast for this great insight).  Also, I’ll write more on the how and what to do in another post, but here’s some reasons why leaders need to press on despite the bullies:

Hope this encourages you you as we go into the greatest weekend of the year leading up to Resurrection Sunday. May you do His gospel work through His power as we remember that Christ died, Christ was buried, Christ rise again!