The fruit and potential of the land was amazing:

Now think about it: The vine of grapes was so big, two men had to carry it! The land was beautiful, rich, and flowing. The Lord had promised it, and He came through big! All they had to do was follow God and do His will. No enemy, no inhabitant would stop God’s will for His people. They simply had to take a step. A step of faith. 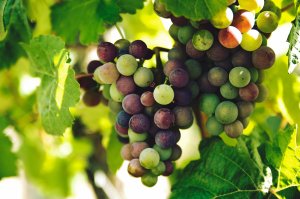 But they didn’t. They forgot the God of the possible, and instead created a god of the impossible. They ignored His miraculous work of the past and looked at the obstacles before them. But seeking to save themselves, they lost it all. They made a horrible, deadly choice and in a business meeting, individual by individual voted a resounding, faithless “no.”

Their “no” would change some of them forever. All if that generation would never see the promises of God fulfilled. Death would follow them when they could have had life and loss abounded when they could have seen gain. Most of all, the chance for God to be glorified by all Israel would be delayed for 40 years.

Have you been voting “no” to God’s work in your life? Has God challenged you to step out in faith? A year ago, I did something that made no sense to people (still doesn’t) and God has amazed me as I have seen Him working in many places I visit. He gets the glory!

And so, let me encourage you to do the same, to walk by faith, to fear nothing, to step out…and let God get the glory!

Serving the church by helping her make disciples